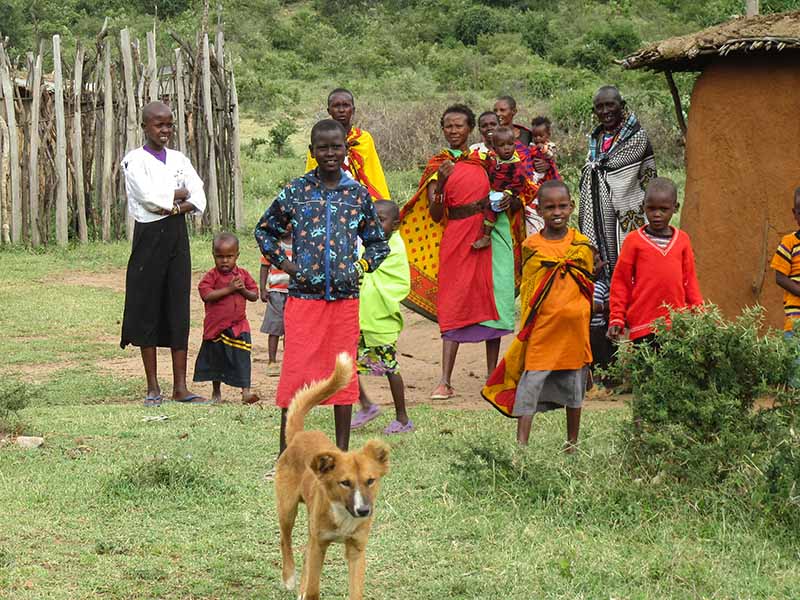 Far away in the country of Kenya lives a girl named Sentoya.* She is from a tribe of people called the Maasai. Sentoya is either eight or nine years old. She isn’t exactly sure. She was three years old before she was even given a name. Maasai parents don’t give their children names until they are three, because so many of the children get sick and die young.

Sentoya does not live in a house like yours. Her house is made of mud and sticks. The house is part of a boma, which is a group of houses close together. At night while Sentoya lies in bed, she hopes that elephants will not raid their boma while everyone is sleeping. Just last week the elephants marched through their boma at night and destroyed the wall of a house! She was glad no one was hurt.

Sentoya spends her days helping her mother. She walks to the river and gathers sticks to build a fire to cook food. She looks for puddles to fill her water jug so they can cook and wash their clothes. It doesn’t rain very much where Sentoya lives, and she needs to walk far to the watering hole to fill her jug. Then she carries it home on her head.

One day Sentoya stayed home to watch the baby while her mother went with the women to collect firewood. She was in the house when her cousin ran inside to tell her a Mzungu (white man) teacher had come with his family.
“Come with us, Sentoya!” her cousin said. “We’re going to go listen to the Mzungu.”

Sentoya put the baby on her back and ran with the other children to see. She had never heard anyone say the words she heard the Mzungu say.
“Jesus loves you,” the man said. Sentoya had never heard of Jesus. She only knew of the witch doctor and how the people feared him. 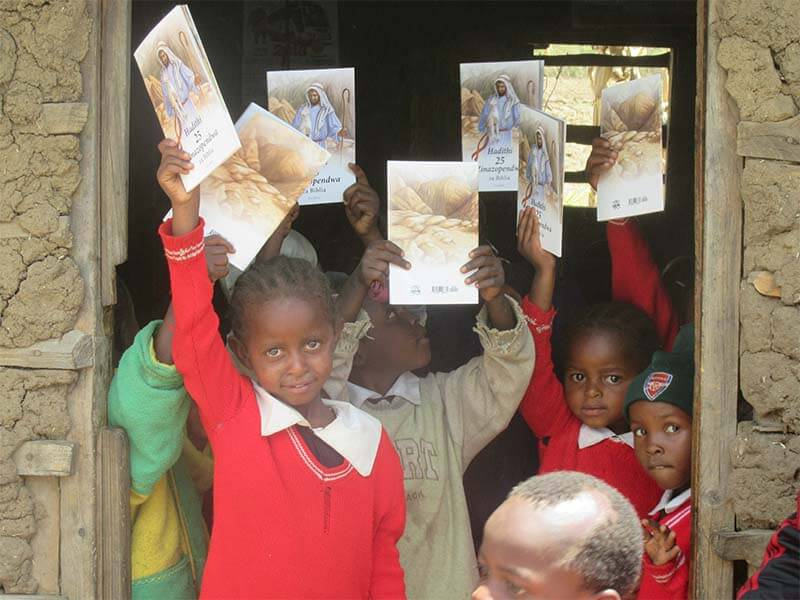 Then the Mzungu gave each of the children a book. Sentoya couldn’t read the words. She rarely went to school, because it was so far away and her father didn’t have money to pay for it. Since she never learned to read, she just looked at the pictures.

There was a picture of a kind-looking man holding a lamb. She wondered if the man owned many sheep like the Maasai did. Maybe the kind-looking man’s children took care of the sheep during the day the way her brothers and sisters watched their father’s sheep and goats while he hunted.

The Mzungu told them it was a picture of Jesus. “I’m going to ask my cousin to read the stories to me tonight,” Sentoya decided. Her cousin had gone to school all the way to third grade and could read, even if she read the words slowly.
“Tomorrow I want to go listen to the Mzungu again,” Sentoya said, “so I can hear more stories about this man named Jesus.”

*Sentoya is a fictitious character, but her story accurately portrays the life of a Maasai child in Kenya.

To help support the Favorite Stories from the Bible program, please click below to give a one-time gift.