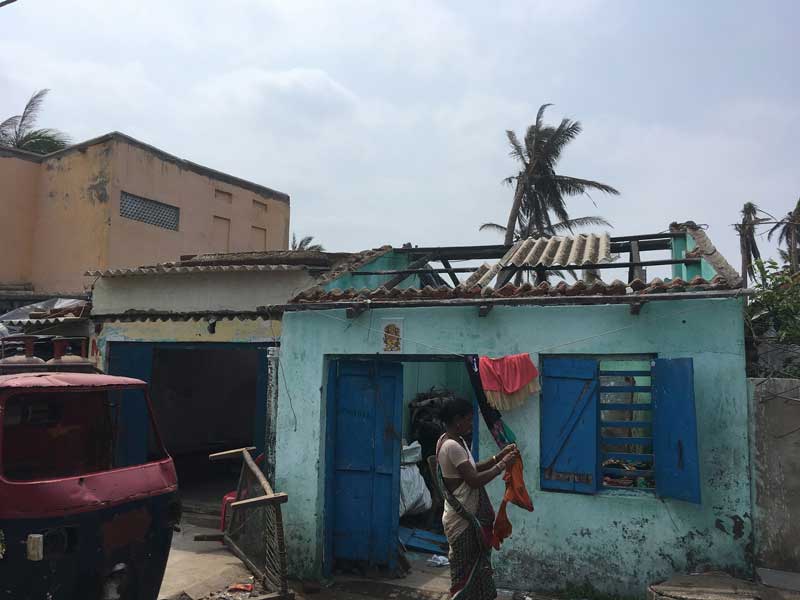 On May 3, Cyclone Fani made landfall in eastern India, bringing heavy rains and major winds to Odisha and other coastal states. Cell towers and electric poles doubled over, causing large power outages. Thousands of homes were damaged as the storm tore off roofs and flooded many houses.

Despite a large-scale evacuation effort, at least 42 people were killed and many others injured. Those who live in slums suffered the most. Our contacts say that approximately 75 percent of the houses in the affected areas had roof damage. To help some of those reeling in disaster, CAM is providing funds to help purchase roofing materials for nearly 200 suffering families.

To help support the Cyclone in India project, please click below to give a one-time gift.