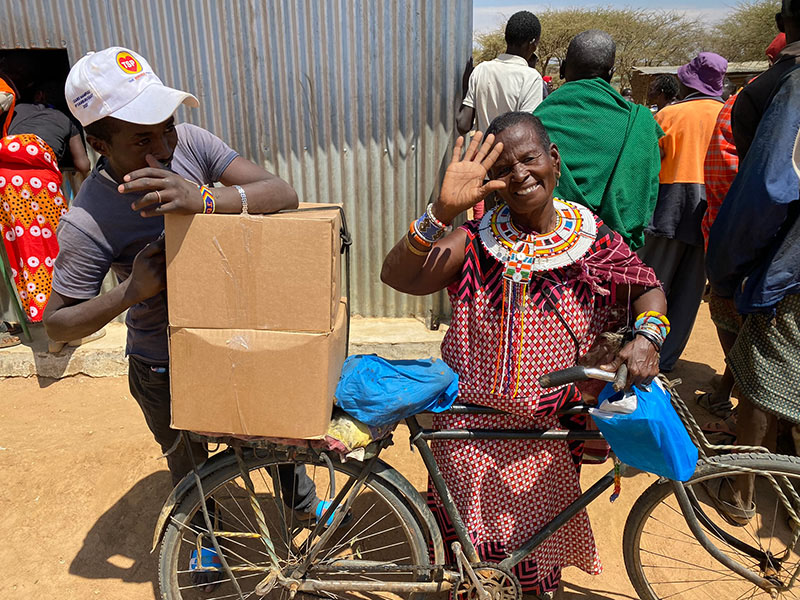 From Liberia’s bush to Sudan’s sandy desert, from overpopulated cities of India to tiny mountain villages in Haiti, millions of people across the globe face one common enemy: hunger. According to the World Food Programme, a record 345 million people in 82 countries are experiencing hunger and starvation due to a global food shortage.

Through CAM’s World Hunger Fund, we work with staff members and contacts to research and respond to the food crisis in various places around the globe. While most funds are used to purchase food, we also support projects that enable people to grow or produce their own food.

In Yemen, some desperate families search through garbage for food. Faris* is a struggling Yemeni father of 12. His daily income is not enough to provide even one meal to satisfy his children’s hunger. He also needs to purchase medicine for his father who has cancer.

When Faris and his family received food from CAM contacts, his children were thrilled. “My children were jumping with happiness when they received the food items,” Faris said. “This is the first time someone has remembered and helped us with such amazing items. Thank you so much.”

“My children were jumping with happiness when they received the food items.” —Faris, Yemeni father

In Eastern Europe, Ukraine is well known for its fertile farmland. Many African and Middle Eastern countries used to import much of their grain from Ukraine. But since the Russian invasion, grain exports have been sporadic, making food prices rise in many dependent countries. Ukrainians also struggle to find enough to eat since food prices skyrocketed. CAM is sending sea containers of food items and providing funds to purchase food in Ukraine, which our staff members and contacts distribute through churches.

In northern Kenya, some regions haven’t received rain for three years. Desert plants are shriveling up and livestock is dying. Staff members recently delivered food parcels in a remote region that hardly seems inhabitable. They gave out 300 parcels, one to each household.

In parts of Mauritania, an impoverished country in northwest Africa, unemployment, drought, and soaring food prices have crippled the economy. CAM contacts recently distributed a month’s supply of food to 140 families.

*Name is changed to protect identity.

To help support the World Hunger Fund, please click below to give a one-time gift or start a monthly sponsorship.