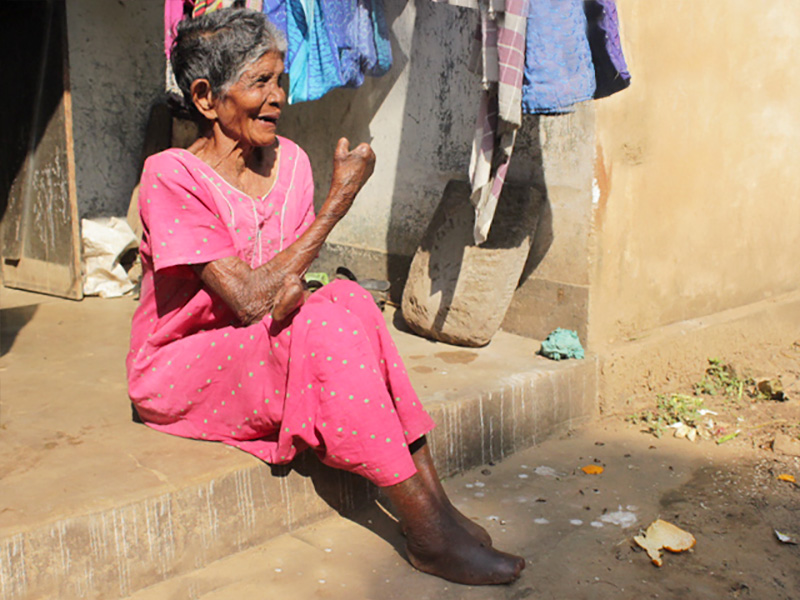 We read in the Bible about a terrible disease called leprosy. When people get this disease, they sometimes can’t feel pain. Leprosy affects people’s nerves. When they walk over glass, stick their hand in hot water or fire, or accidently scrape off their skin, people with leprosy can’t feel any pain so they don’t know something is wrong. That’s how they get infected sores, which often makes them lose their fingers and toes.

Did you know that pain can be a good thing? It’s good because it tells us that something is wrong. You know how it feels when you get a splinter. Ouch! You want to remove that tiny something that’s stuck under your skin because it hurts.

“And, behold, there
came a leper and worshipped him,
saying, Lord, if thou wilt, thou canst make me clean. And Jesus put forth his hand, and touched him,
saying, I will; be thou clean. And immediately his
leprosy was cleansed.”
Matthew 8:2, 3

Let’s visit someone in India who has leprosy 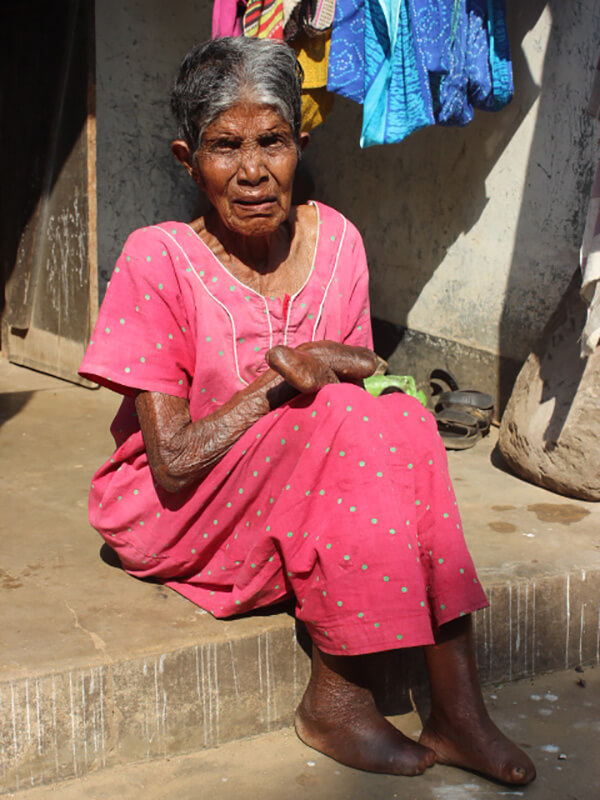 Namaskar (nämәs’kär),* my name is Rodona. I’m so happy that you came to visit me here in India. I don’t get a lot of visitors because I have a dreaded disease—leprosy. People don’t want to come close to me, and for sure not touch me, because they are afraid of getting my disease.

I think fondly of the time when I was a young girl and could run and play with other children. Later I got married and had a baby girl.

But life changed when I got leprosy. My husband, my daughter, and all the rest of my family started treating me badly. They didn’t like me anymore and made me leave my home. I wasn’t accepted anywhere. I didn’t want to spend my life begging on the streets.

In India, there are stories of people dumping hot water on people with leprosy who beg on the streets.

When I heard some people from the village talk about a colony for people with leprosy, I decided to go even though it was far away. I knew that was one place I’d be accepted.

The leprosy gets worse

At the colony, they gave me some medicine to help with leprosy. Even then, my condition got worse. At first my toes and fingers were numb and I couldn’t feel if I bumped my foot or held something too tightly. Then I started getting sores on my toes and fingers, and the sores got infected. Some people who didn’t clean out their infections had tiny worms called “maggots” that would crawl over the wounds. Eventually infections caused both my toes and fingers to deform. Because of how many times I hurt my fingers and toes without feeling it, they got shorter and shorter until I hardly had any fingers and toes.

Do you know what happens when you don’t have toes? It’s hard to walk! My toes helped me keep my balance to walk. When I lost them, I needed to be careful I didn’t fall. When I lost my fingers, I could pick up things only by putting my two fists together.

That was a very difficult time for me. It was hard to lose fingers and toes, and I really missed my family. I haven’t seen them since I started with this dreadful disease.

But through this time, one lady has been a true friend who cares about me. She’s not even afraid to touch me. She extends her hand to help me get around. Now that I am old and leprosy has made me feel weak, I can no longer walk by myself. If my friend is not there to help me, I can move around only by crawling on the floor. Sometimes I put my hand into a flip flop to protect it from getting hurt.

People I haven’t met yet care about me too, because they give money to send a food box to me every month. I cannot imagine what my life would be like without their help! Their care brings a smile to my face. 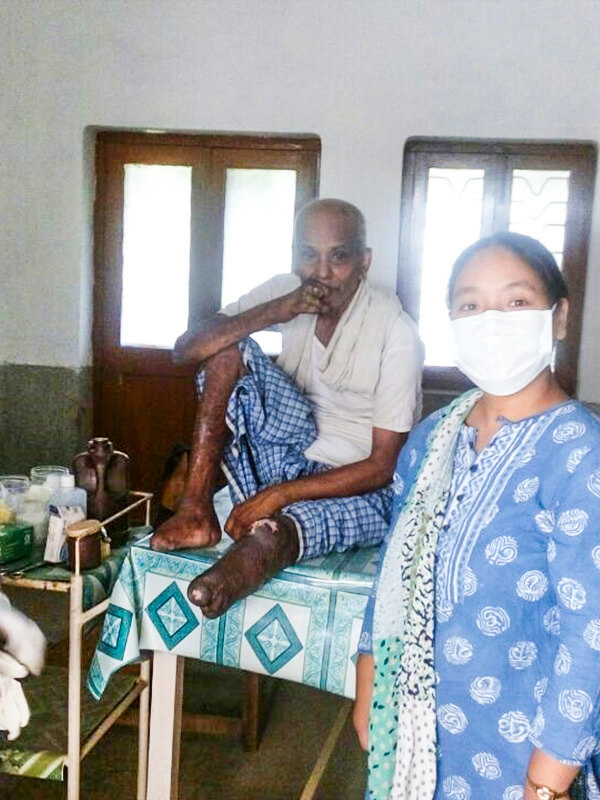 This man with leprosy is being treated for a leg wound at a leprosy colony. 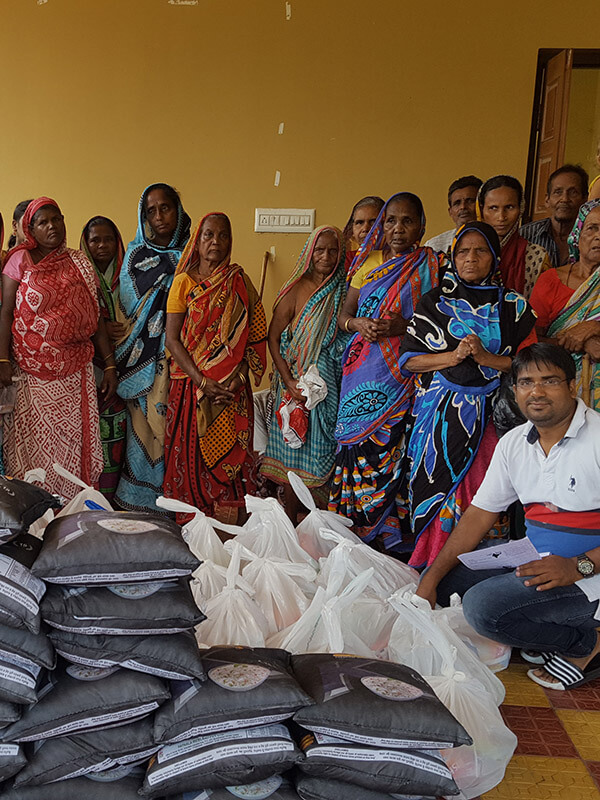 Some of the widows receiving these
food parcels have leprosy.

To help support the Support-A-Widow program, please click below to give a one-time gift or start a monthly sponsorship.