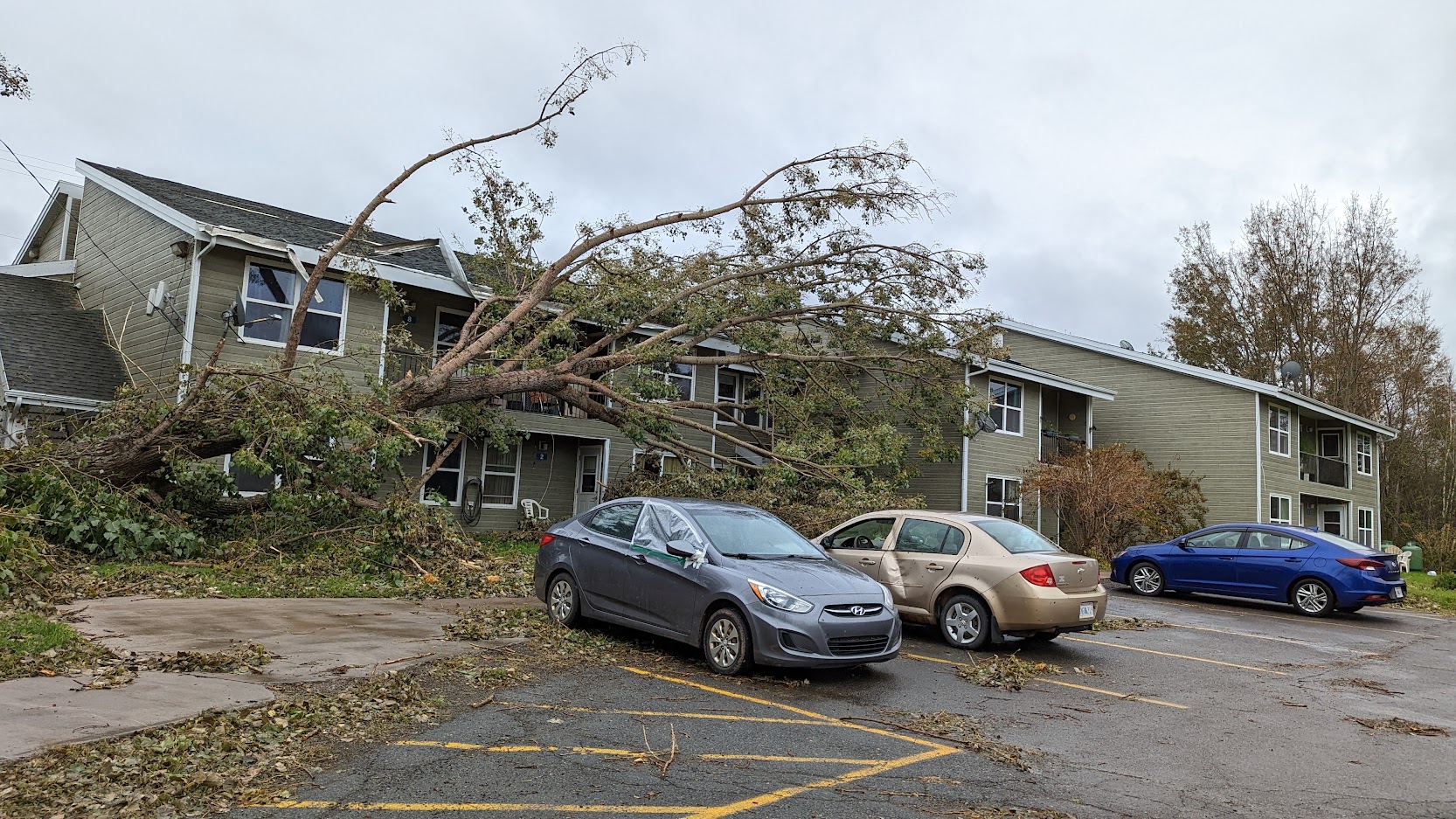 CAM Canada’s Rapid Response Units are on the ground and helping with cleanup in the aftermath of Hurricane Fiona.

Wind speeds were recorded at 160 km/h. On the coastline, waves reached heights of 5-8 metres as they crashed into Cape Breton Island. The devastation is unimaginable!

An 86-year-old man living on Prince Edward Island declared that “this was the worst windstorm he had ever seen on the island.” As he lay on his bed on the evening of September 24th listening to the howling wind, a massive branch dropped within 10 feet of his bedroom. Countless citizens of Newfoundland, PEI, and Nova Scotia have harrowing stories of close calls and traumatic experiences.

RRS Unit #4 – based in Nova Scotia – is busy tarping roofs and cutting up trees. Volunteers are arriving from other Canadian provinces to assist with the enormous workload. The duration of the project is undetermined as the magnitude of the project is being evaluated.

To financially support the cleanup effort of Rapid Response Services – Canada in the Maritime provinces, please click on the one-time donation below.