Catastrophic Floods in BC 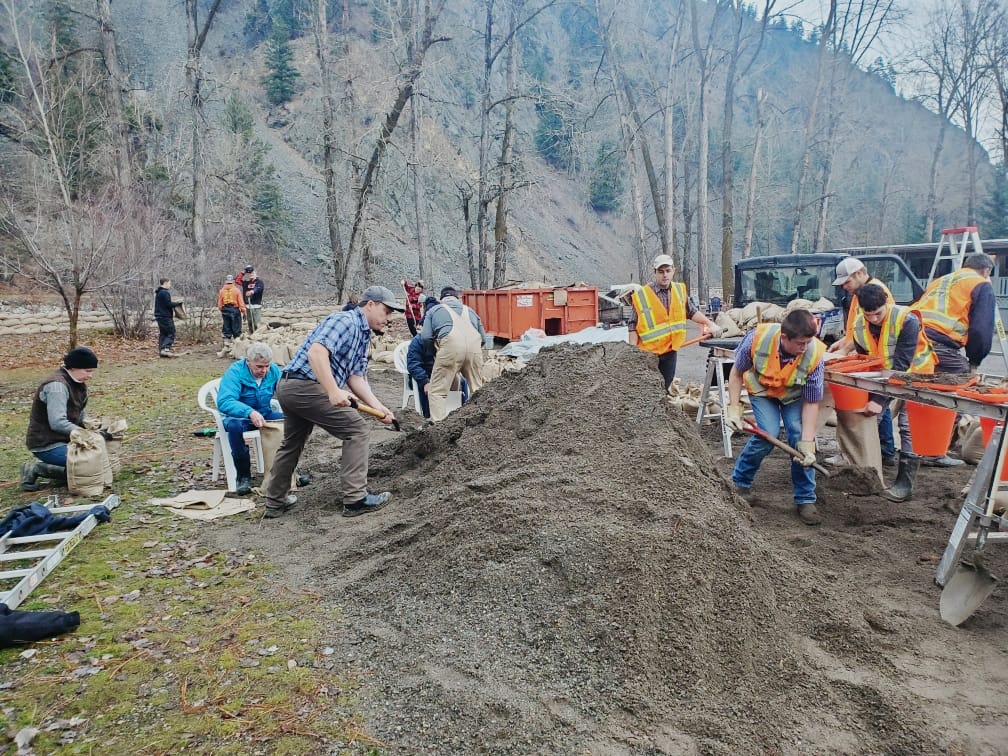 The town motto in Princeton B.C. reads: “Where Rivers and Friends Meet.” This congenial greeting became a grim reality on Saturday, November 13, 2021, as torrential rains cascaded into the region. Some communities reported that a month’s worth of rain fell in 48 hours. The banks and dikes of the Tulameen and Similkameen Rivers strained to hold the powerful force of the raging waters. As the fateful weekend wore on, B.C.’s transportation department urged citizens to avoid travelling as mudslides surged down mountainsides and onto highways. By Monday morning, November 15, 2021, the water ripped through the riverbanks and rapidly flooded sections of Princeton.

Meanwhile, in Merritt B.C., the Coldwater River followed suit and caused equal devastation. Municipal authorities ordered evacuations as the water mains and sewage pipes began to fail. The once-beautiful landscape was engulfed with toxic floodwaters. Stricken residents mourned this abrupt intrusion into their lives and prepared to endure their cataclysmic losses.

CAM Canada quickly mobilized the Rapid Response Services department and arrived at the scene with 2 trailers, equipped with the tools to begin the process of cleanup. The town coordinators observed the unique support network within the RRS Team and began sending emotionally distraught victims over for words of consolation, counsel, and encouragement.

A 75-year-old woman had 7 feet of water in her basement. As she watched the CAM workers carry out her drenched, ruined belongings, her heart broke with emotion. The Team Leader’s wife shared words of comfort and hope with her to lift her spirits and draw her attention to a loving Father in Heaven.

An elderly gentleman with a pacemaker was still grieving the recent death of his daughter. As the destructive force of the flood waters turned his property into shambles, the combined weight of his double grief caused him to sink into despair. The RRS Chaplain was on the ground and by God’s grace, he was able to offer him words of hope and optimism.

CAM Canada is engaged in cleanup in the towns of Princeton and Merritt. There are Anabaptist churches in western Canada, and already, they and others have committed to providing a large enough workforce to cover labour needs to the end of December. We expect that the RRS teams will stay in the area for several weeks. Please pray that this extensive project will offer abundant opportunities to share the love of Jesus as our workers offer hope to the troubled victims of tragedy. Practical projects such as these open doors to spread the good news of the gospel.

There will be considerable costs to pursue a comprehensive project of this size and scale. Would you like to financially support this work? Please choose one of the options below. God bless you!