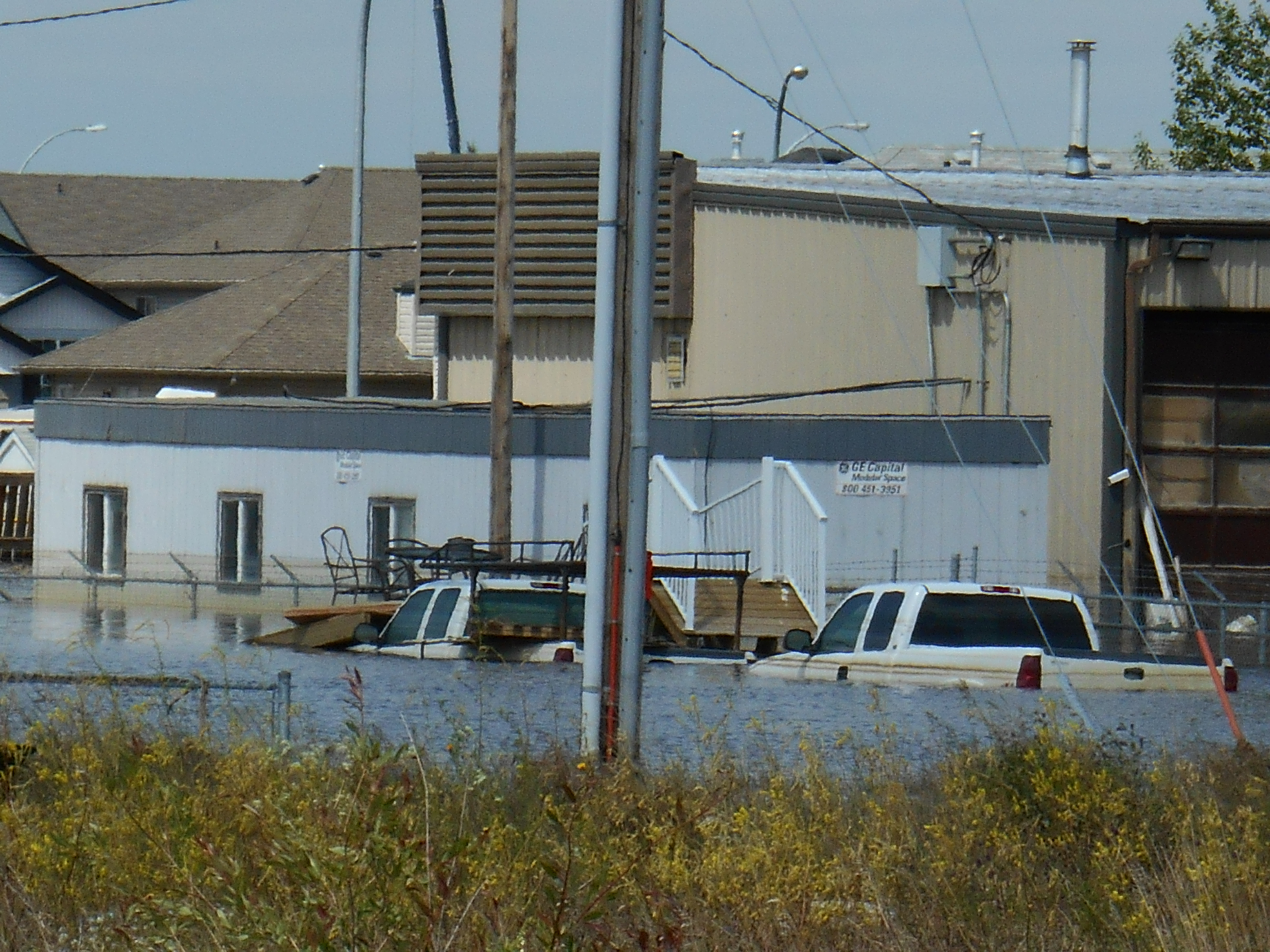 Imagine water flooding your home with such intensity you are forced to evacuate your home.  Imagine returning, wading through mud and debris, only to find your home almost unlivable. Imagine then the relief to know that help is on the way and life may sometime soon go back to normal.

After many hours of rainfall, the widespread June 2013 flooding increased the flow rate of the Elbow, Highwood and Bow rivers up by 5 to 10 times, greatly overflowing there banks flooding towns and cities.

The damage in Alberta is estimated between $3 billion and $5 billion.  Many areas have been affected, especially in High River, a community of about 13,000. Here, streets that were once covered in water are now oozing with mud, some places a metre deep!  Everyone in the town was ordered to evacuate although some refused to leave. Those who have stayed behind are running out of potable water and there is no electricity. The mayor urged residents to stay away. “We don’t have a flood,” he said, “We have a disaster.”

In other places, such as Medicine Hat, some evacuees are being allowed to return home, but are warned that there is probably extensive damage to their homes. Most people from Calgary were permitted to return home and start cleaning up their mud-soaked homes. There are some health issues because the water that entered homes is possibly contaminated; mold is also a problem.

The flooding has brought an outpouring of support from people all across Canada and it has especially brought the local communities together in an effort to help each other get back to normal.

At the time of writing, CAM volunteers are helping out in Calgary.  CAM is also looking to start in High River once the residents are allowed back to their homes. The Siksika First Nation reserve is in crisis mode with little help available. So, CAM is anticipating going there, as well. Pray for the people of Alberta as they face this disaster. Funds are needed, if you would like to help financially, please take note Rapid Response Services Program.