Syria: a decade of destruction 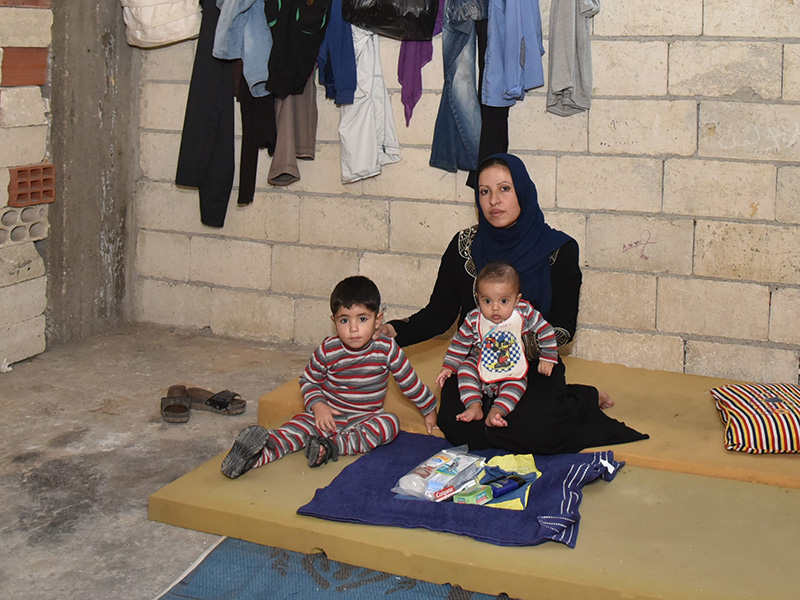 Syrians feel forgotten,” says a CAM contact. The conflict in Syria has mostly fallen from news headlines after a decade of chaos that shattered peace and prosperity. Warfare has subsided to pockets of fighting in parts of the country. However, in the wake of this conflict lies a battered country. Ten years of fighting have taken their toll in devastating the economy, reducing homes to rubble, and causing horrific human suffering and destruction. Approximately 400,000 people have been killed in the war.

Following anti-government protests in 2011, Syrian leadership responded with deadly force. This clashing of powers quickly escalated into civil war. Areas of Syria fell under the control of opposing forces and brutal conflict ensued. Millions of ordinary Syrians were caught in the chaos. Their stories include the death or disappearance of loved ones, destruction of homes, and sudden displacement from villages and cities.

Although Syria’s conflict has diminished, the effects of this civil war will no doubt plague the country for decades. Over half of Syria’s population remains displaced, according to the UN Refugee Agency. Thousands of people survive in makeshift homes throughout the Middle East and Europe. In many countries, they are regarded as intrusions and cannot legally hold jobs. Many of these refugees have endured years of separation from loved ones.

Inside Syria, the economy is in shambles. Severe inflation and shortages of essentials like food create serious hunger and other complexities for people still living in the country. In some cases, people stand in line for hours to buy bread. COVID-19 restrictions compound this poverty by taking away the few jobs people could find.

Houses, schools, hospitals, and businesses across the country remain in ruins. Many Syrians lack the resources to repair or rebuild their homes. It is more than many of them can afford when they already struggle to pay rent and feed their families.

Mohsin,* a Syrian father, shares his story. “We lived a simple, happy, and peaceful life. . . . My brother and I worked on our own farm. . . . In early 2013, armed extremists . . . raided [our village], robbing homes and shops, kidnapping and killing two men, and injuring many others.” Mohsin’s brother was among the injured. The brothers fled with their families, fearing for the lives of their children.

After the injury of Mohsin’s brother left him permanently disabled, Mohsin was forced to provide for both families. He struggled to find consistent sources of income. The news that over 80 percent of the homes in their village were destroyed dealt a heavy blow. “I faced a long and difficult battle for survival,” Mohsin shared.

Our contacts gave these families food parcels after witnessing their needs. Mohsin said, “My children with their cousins . . . celebrated having two boxes of ‘fancy’ food. . . . it had been months since they last had tasty cheese, tuna, or healthy milk!”

Thank you for showing Christ’s love to the people of the Middle East in these years of tragedy. Your generosity helps CAM reach out through food, medical care, hygiene items, and other aid. We are also supporting small rebuilding and self-support projects in Syria. The needs in this region remain abundant. We desire to continue providing aid to victims  of conflict in the Middle East as funds are available. If you would like to help, your support will be a blessing! Above all, pray that the war-weary people of Syria would find true peace in the Prince of Peace.