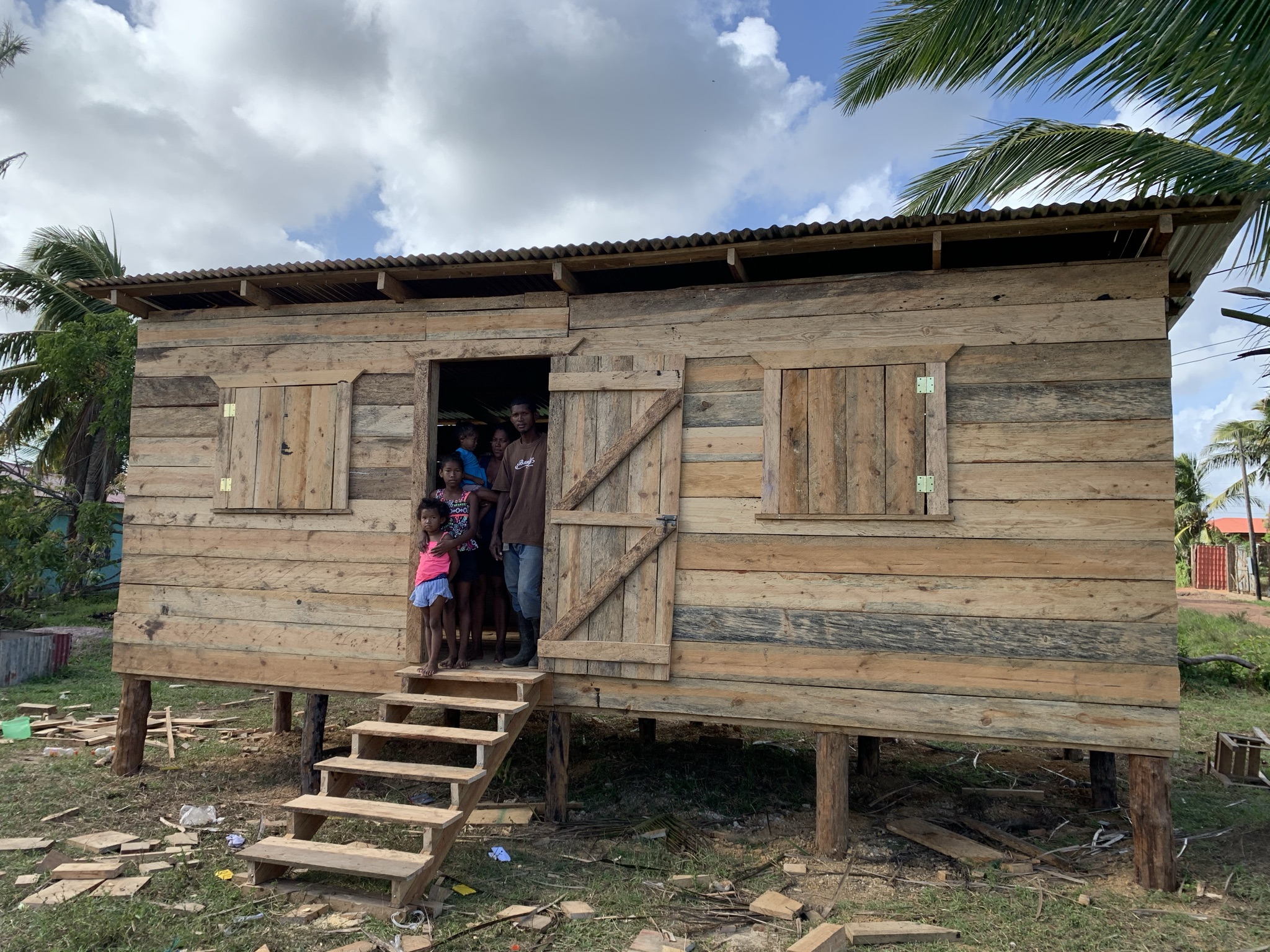 The people of Central America still face long-term needs following Hurricanes Eta and Iota late last year. These storms dealt a heavy blow to thousands of Nicaraguans, Guatemalans, and others who already struggled under poverty.

To bring hope to people in this region, CAM organized cleanup and rebuilding projects and distributed tin, tool kits, and other building supplies. The Nicaraguan family pictured above were grateful to receive help in rebuilding their home. This physical aid opened doors to distribute Bible story books and share the Gospel. Our staff also organized medical brigades in coastal Nicaraguan communities. Since most of the limited healthcare facilities in these areas suffered damage from Eta and Iota, quality medical help is a huge blessing.

This project has been larger than we originally anticipated, and we are facing a funding deficit of $75,000. If you would like to help cover these costs, your support will be greatly appreciated. 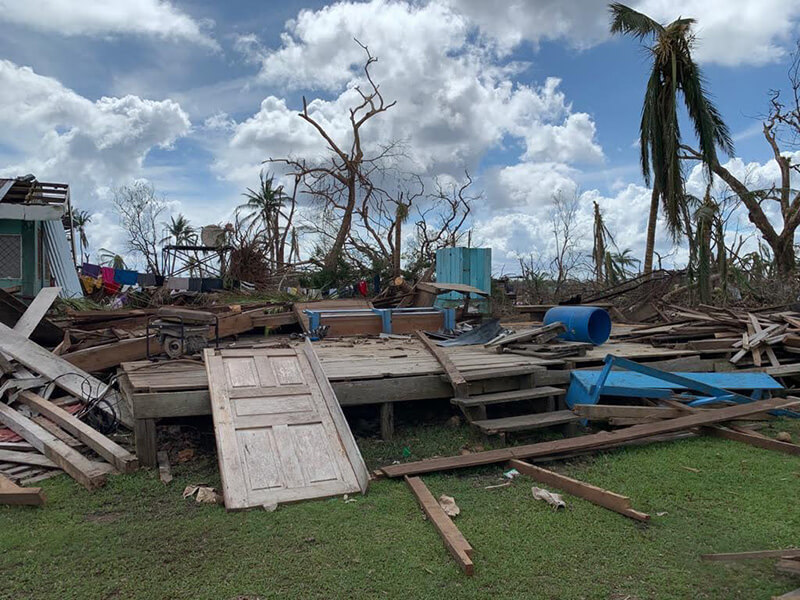 Update: The aftermath of Eta and Iota

Nicaragua continues its journey to recovery after twin hurricanes Eta and Iota struck in November. Thousands of people are still reeling from their losses. In some areas, the storms took almost every source of income, clean drinking water, and food. 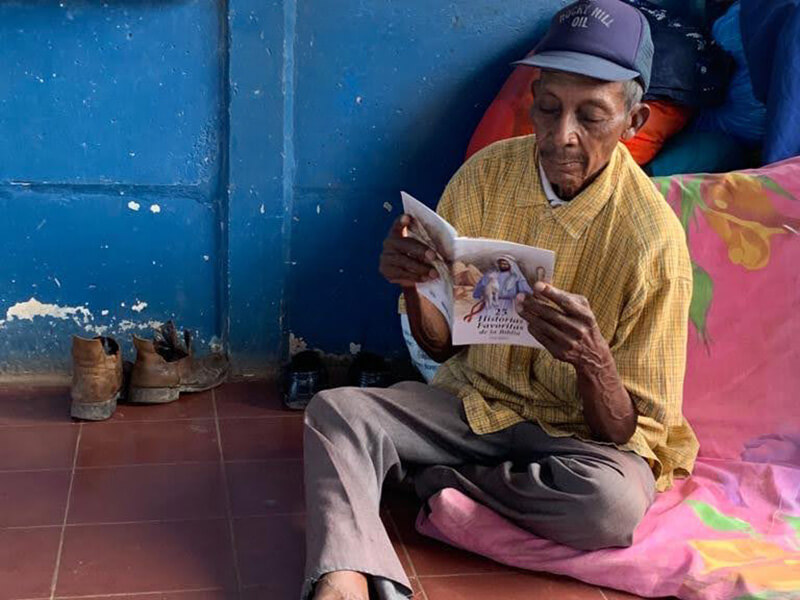 These hurricanes have provided opportunities to share the Gospel by distributing Bible story books and other literature.

Our staff are working in the coastal communities of Nicaragua, home to some of the poorest people in the western hemisphere. We also have staff members and contacts in Nicaragua and other parts of Central America who are providing building materials, food, medical care, and other aid for those suffering the effects of Hurricanes Eta and Iota. Pray that they could show the love of Jesus through their work. 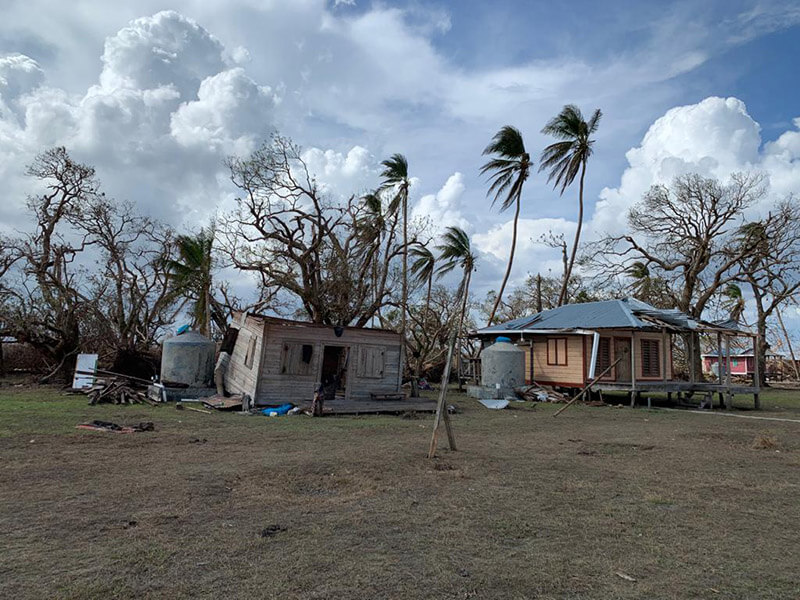 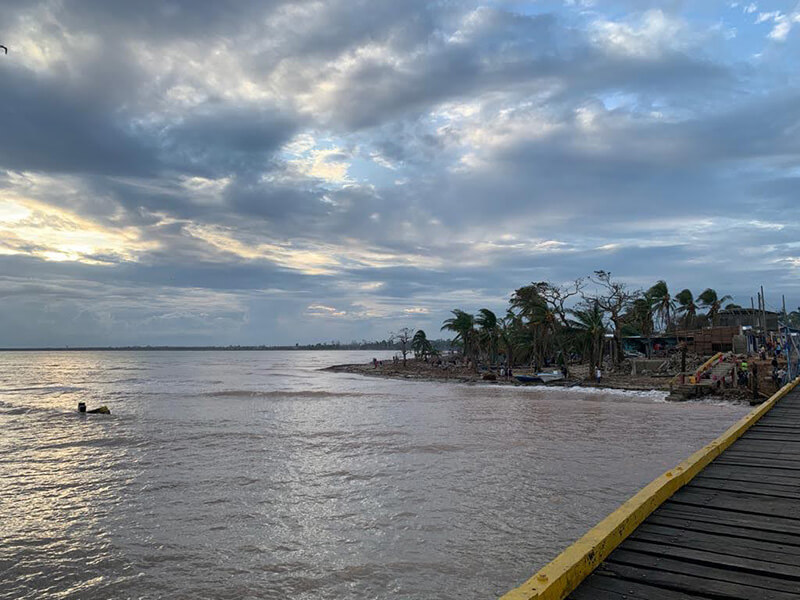 “The beach washed away,” shared a staff member. “It used to come out to the post on the left. All the beachfront houses are gone.”

The hurricanes affected various countries in Central America including Nicaragua, Honduras, and Guatemala.

Hurricane Eta made landfall in Central America as a category 4 storm with wind speeds up to 150 mph. Only several days after Hurricane Eta, an even larger storm, Hurricane Iota, formed in the Caribbean. As the second hurricane rapidly intensified to category 5, thousands of people evacuated to escape the storm’s fury.

In late afternoon on November 16, Iota slammed into the northeastern coast of Nicaragua with winds of 155 mph. Nicaragua was still reeling from Hurricane Eta. Now the country sustained even more flooding. Torrential rains on already saturated soils led to extensive flooding and landslides. Nicaragua opened over 600 shelters, and more than 63,000 residents evacuated their homes. At least 28 people died in relation to the hurricane while 29 others are still missing. 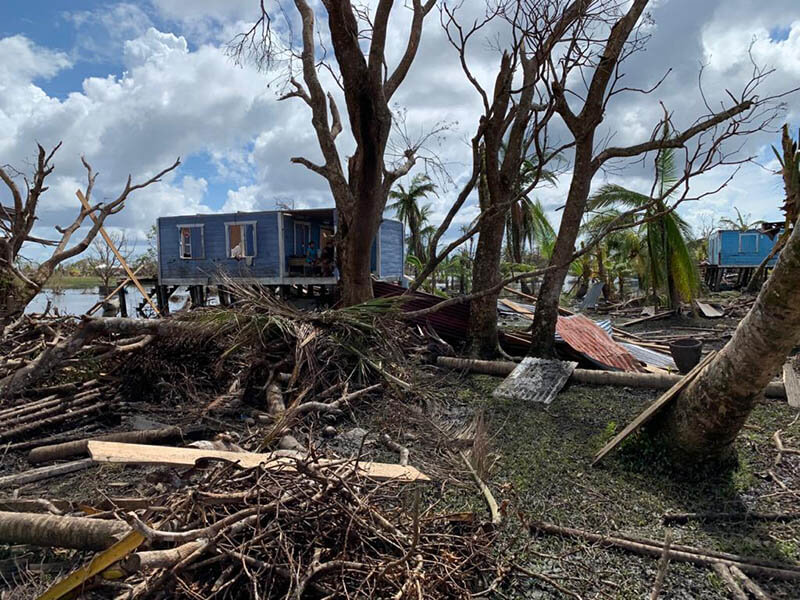 Many homes look like this one, with trees and debris strewn about.

Residents face the tremendous job of cleaning up the mess in the aftermath of these two hurricanes. Storm surge and flash flooding washed mud onto roads and yards and into houses and cars. Homes and businesses are completely destroyed. More than 2.2 million people are affected by these hurricanes. 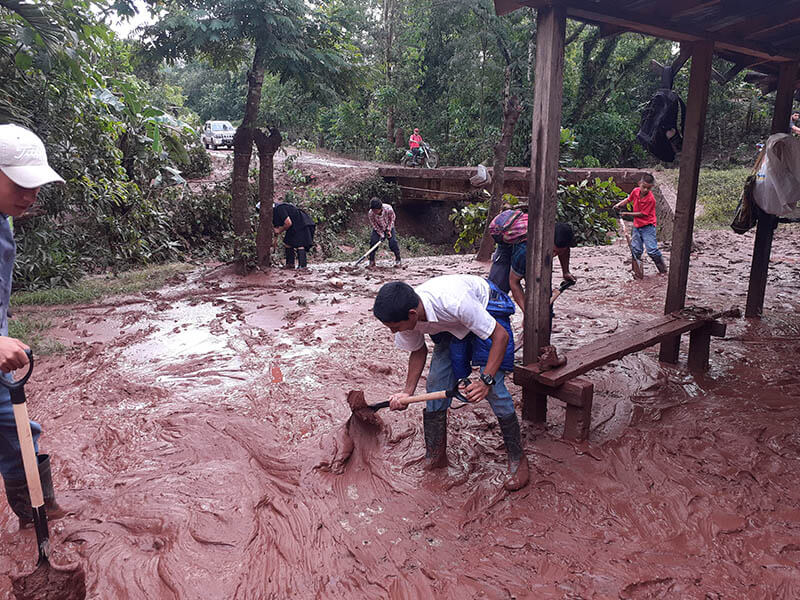 The floodwaters receded after several days and left behind a thick layer of mud. 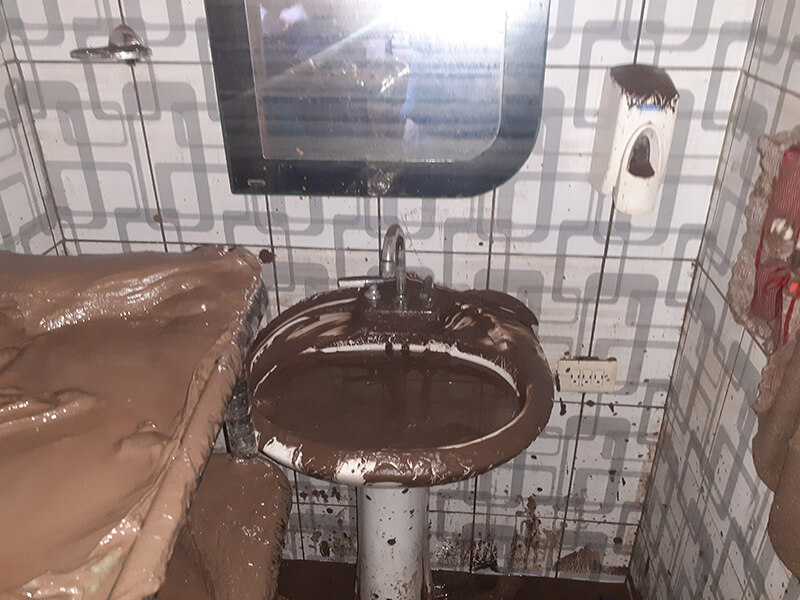 What is CAM’s response?

CAM is reaching out in Nicaragua with food, chainsaws, roofing materials, literature, and medical supplies to help people who lost homes and possessions. CAM is also assisting Anabaptist churches in Nicaragua and Honduras who are helping with the daunting task of cleaning houses that are loaded with mud. In Guatemala, we are providing funding for food and other aid for those who have been impacted. 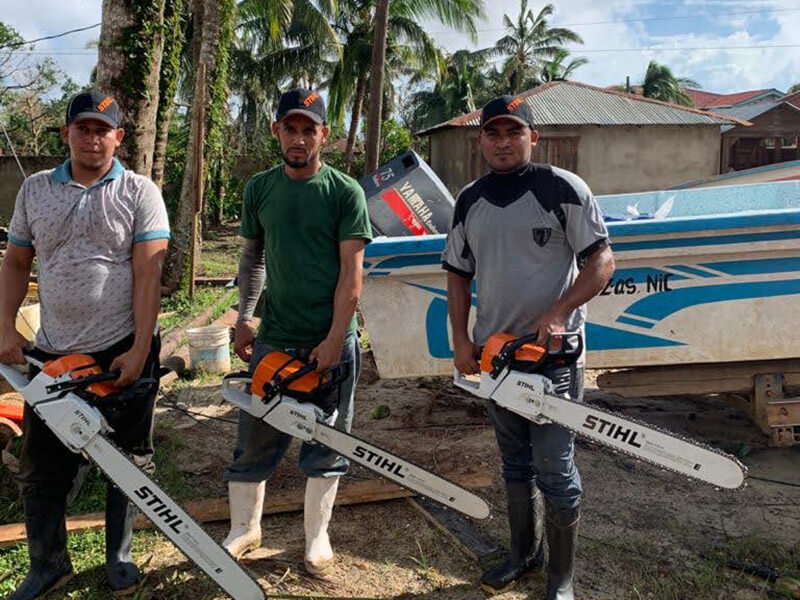 As the work in Central America continues, please pray for our contacts and staff members as they reach out with the love of Jesus by offering help to those affected by these disasters. Pray also that souls could be added to the Kingdom by the testimony that is shown through those providing aid.

Your support enables us to respond to the emergency needs after the two hurricanes devastated areas of Central America.

If you would like to contribute toward this project, use the donate option below.