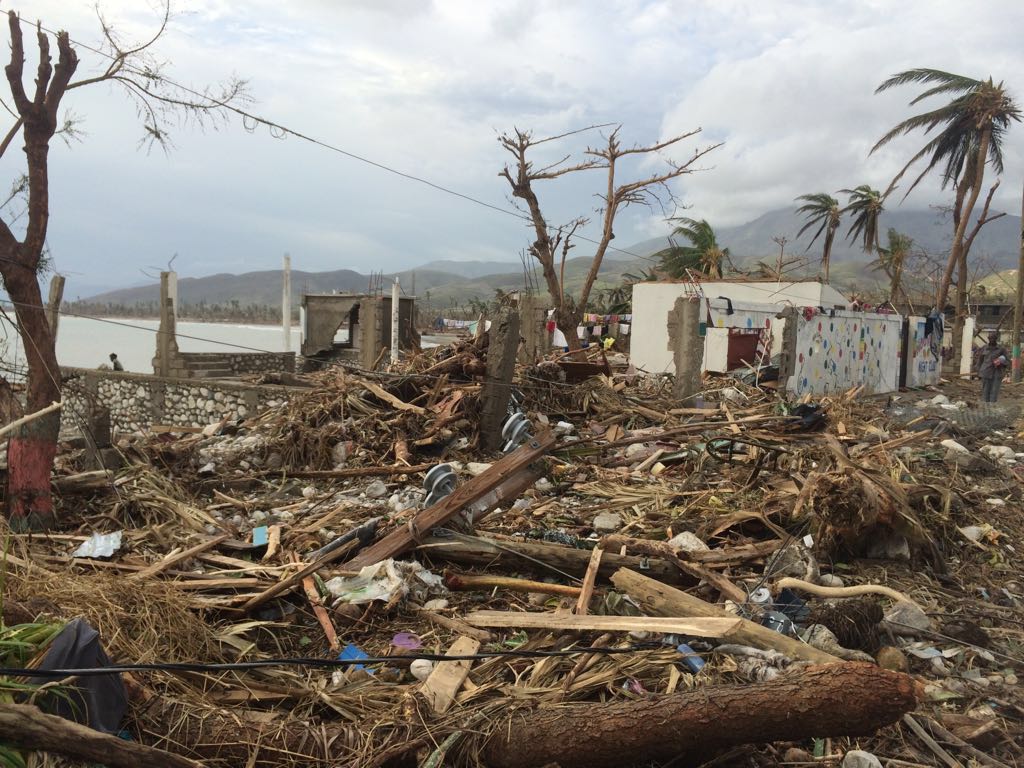 Hurricane Matthew, a category 4 storm, made landfall in Haiti early on October 4, hammering the island with heavy rain, powerful winds, and dangerous storm surges. The storm ripped off roofs, destroyed homes, and flooded entire villages. At least 900 people have been confirmed dead, but the death toll continues to rise as officials gain access to villages that had been cut off from the rest of Haiti.

A CAM staff member who flew over southern Haiti on Friday estimated that, in the worst area, “85 percent of houses are flattened, gone, scattered to the winds. He said, “It looks like a war zone.” Tens of thousands of homes have been destroyed. 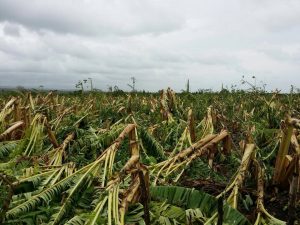 Now that the storm has calmed, Haitians are trying to pull themselves together and begin cleanup. One man said he was going to the woods to look for his goats. Many animals died in the hurricane, which is a huge loss to impoverished Haitians who depend on their livestock for future income.

In addition, their crops are destroyed. “Their corn that was about at tasseling point is gone — they can’t depend on that. Fruit is knocked off the trees,” said a CAM contact in Haiti. Food sources are completely wiped out. Because of these losses, survival will be even more difficult in coming months.

One report from our staff said that in some ways the effects of the hurricane are “worse than the 2010 earthquake.”

CAM is starting a large-scale crisis project. Initial emergency aid will include an air shipment of tarps and water purification tablets, as well as distribution of food, roofing materials, medical supplies, and seeds. Much of our response will focus on long-term recovery, including rebuilding and repairing houses. We hope to help people in the mountains who are often neglected and the last to receive aid. 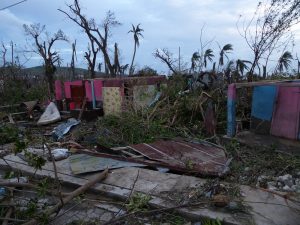 The future looks grim for many impoverished Haitians who lost all they had in the storm. On top of their immediate emergency needs, they now face the fear of deadly cholera and mosquito-borne diseases.

Please pray for Haitians who are suffering from Hurricane Matthew and for our staff members as they investigate needs and distribute emergency aid. If you wish to help hurricane victims, your gift will be a blessing.