The cholera epidemic continues to spread, jumping from area to area in the northwestern parts of Haiti. Its strength seems to grow with each passing week. Over the past 7 and one half weeks the La Source clinic has treated more than 500 patients who had cholera symptoms, with 160 of these patients being hospitalized. By the grace of God, not one cholera patient has died while in the care of the La Source clinic. Continue to pray for the clinic staff and volunteers that God will continue to grant them the strength and wisdom they need in the coming weeks and months in this fight against cholera. 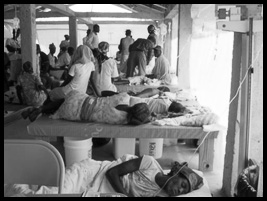 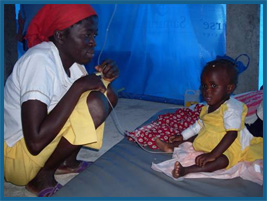 Sandra, whose diarrhea had hung on and on, was happy to finally be discharged last Sunday.  She had been asking repeatedly for her sandals and to go home. 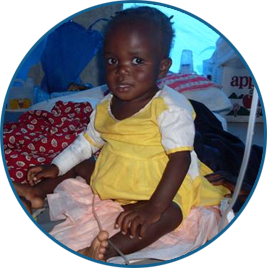 Another picture of Sandra 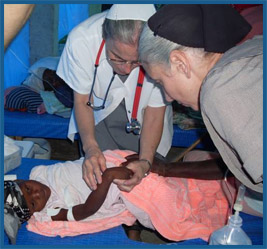 Nurses trying to insert an IV into Nalancia when she first arrived; five days later, she was discharged. 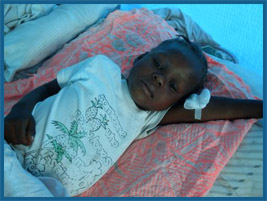 Nalancia just before being discharged

The political situation in Haiti became volatile again last week. Some people were unhappy with the election results and resorted to rioting, making barricades, and generally making life difficult. Traveling through the country was not safe as road blocks could spring up at any time. The need for medical supplies did not diminish, however, but the location where we usually pick up our medical supplies was in an unsafe area–downtown Port-au-Prince. Thankfully another donor agency had just received a shipment of IV fluids before things became unstable in Port-au-Prince; their warehouse is an area not too dangerous for our Titanyen base staff to go and get fluids for cholera patients. Praise the Lord!