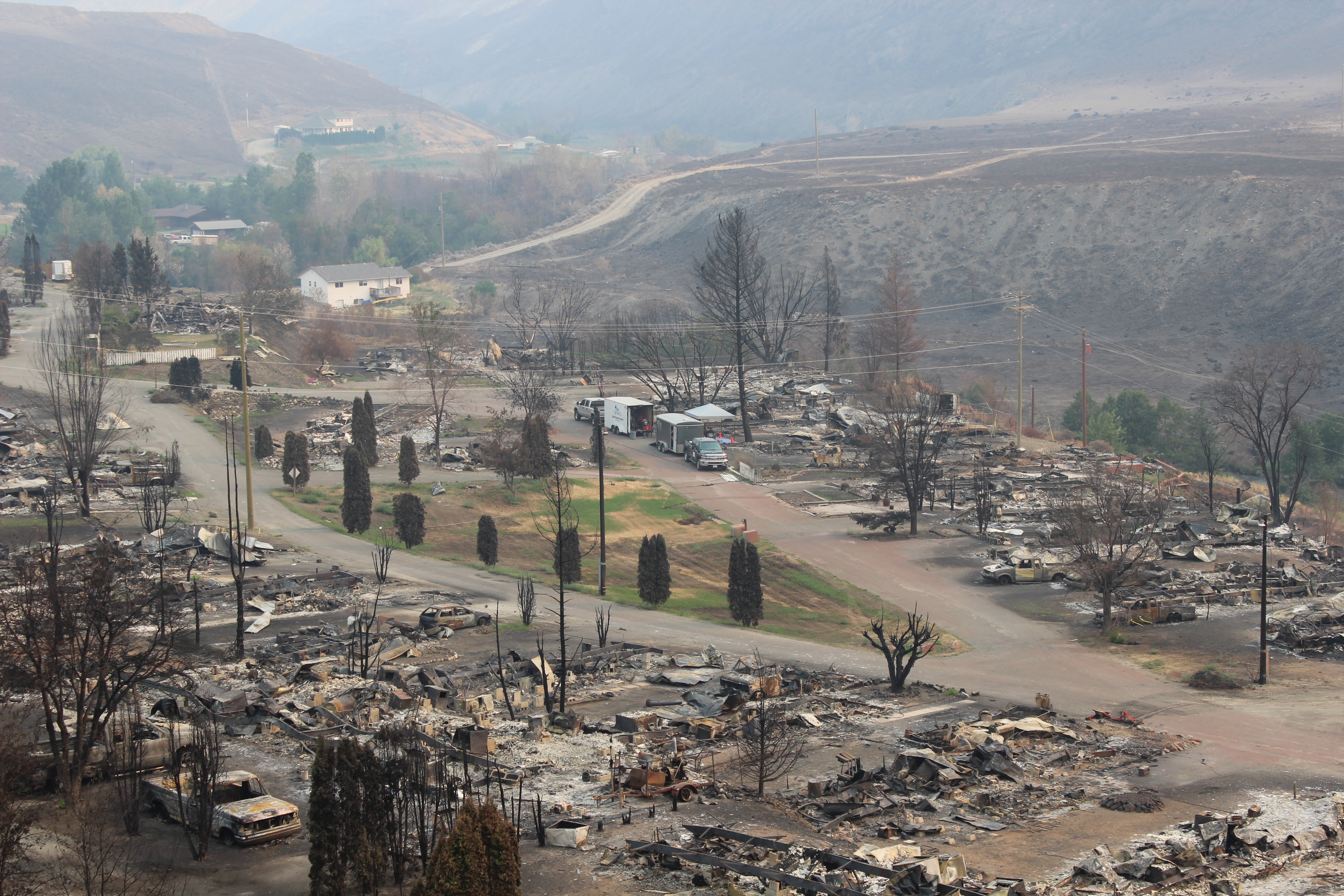 Only a little over a year ago the Fort McMurray wildfires in Alberta made national headlines in Canada. Now, the devastating scene of forest fires is returning—this time in British Columbia.
Since April, more than 820 individual fires have raged in various areas, the worst being in the Cariboo Regional District. About 426,000 hectares of land have been scorched. Some of the fires have yet to be extinguished. Officials estimate that collectively, more than 45,000 people have been evacuated from their homes.
Eyewitness accounts report the fire leaping a kilometer across a canyon above the Fraser River. The raging fires cross highways and roads at extraordinary speeds, igniting stands of trees and sage brush and destroying homes and businesses. These out-of-control situations cause enormous challenges for firefighting crews. Helpful teams have arrived from the USA and even Mexico to join forces with thousands of Canadian firefighters to combat this ruthless enemy.
The smoke in the region is so prominent that NASA images from space have captured the haze. Health officials are concerned about the air quality that accompanies this large-scale fire. Fine particles in the smoke aggravate people with respiratory and heart conditions and put vulnerable people, such as young children and the elderly, at risk.
On an initial research trip, CAM-Canada staff with the Rapid Response Services program (RRS) were quickly exposed to the reality of the situation. Their plane attempted a landing at Kamloops, but it was too smoky. They were diverted to Vancouver instead where they rented a car and drove to the affected areas.
One staff member commented, “The air almost seemed apocalyptic” as he observed the reddish hue preventing the sun from shining through and smelled the putrid odour of smoke. Their mission was to survey the area and formulate a plan to assist residents with clean up after the fire. They were able to travel through communities where the fire had done its damage. They spoke with people and heard their heart-broken testimonies of loss and suffering.
One evacuee mourned, “I just want to go home. I just want to go home. I just want to go home.”
A woman bravely demonstrated courage as she spoke of the loss of her house and contents and said, “It’s only stuff.” While the statement is true, the sudden loss of home and possessions is a tragedy that can discourage the most stouthearted individual.
We have an incredible opportunity to share the hope of the Gospel in these situations. Victims with an uncertain worldview grapple with big questions during a time like this. After refusing prayer from CAM-Canada staff members, one disoriented man proclaimed, “I’m a practicing heathen.”
This sad reaction only demonstrates a prevailing concept many people have that God doesn’t care. RRS has an overarching goal to show the love of Jesus to people in these circumstances as they demonstrate practical service by helping people rebuild their lives following a tragedy.
In the coming days, CAM-Canada will focus its resources on mobilizing RRS teams to help with cleanup, recover valuables to bring closure, give out Bibles, and encourage and pray with victims. We desire to demonstrate “faith by our works” (James 3:18) so that each person will catch a vision of the love of our Heavenly Father and respond to His call to salvation.
If you feel led to support the work of CAM’s Rapid Response Services, your gift would be greatly appreciated.